Online sales for both trade & public
Get what you can't get! 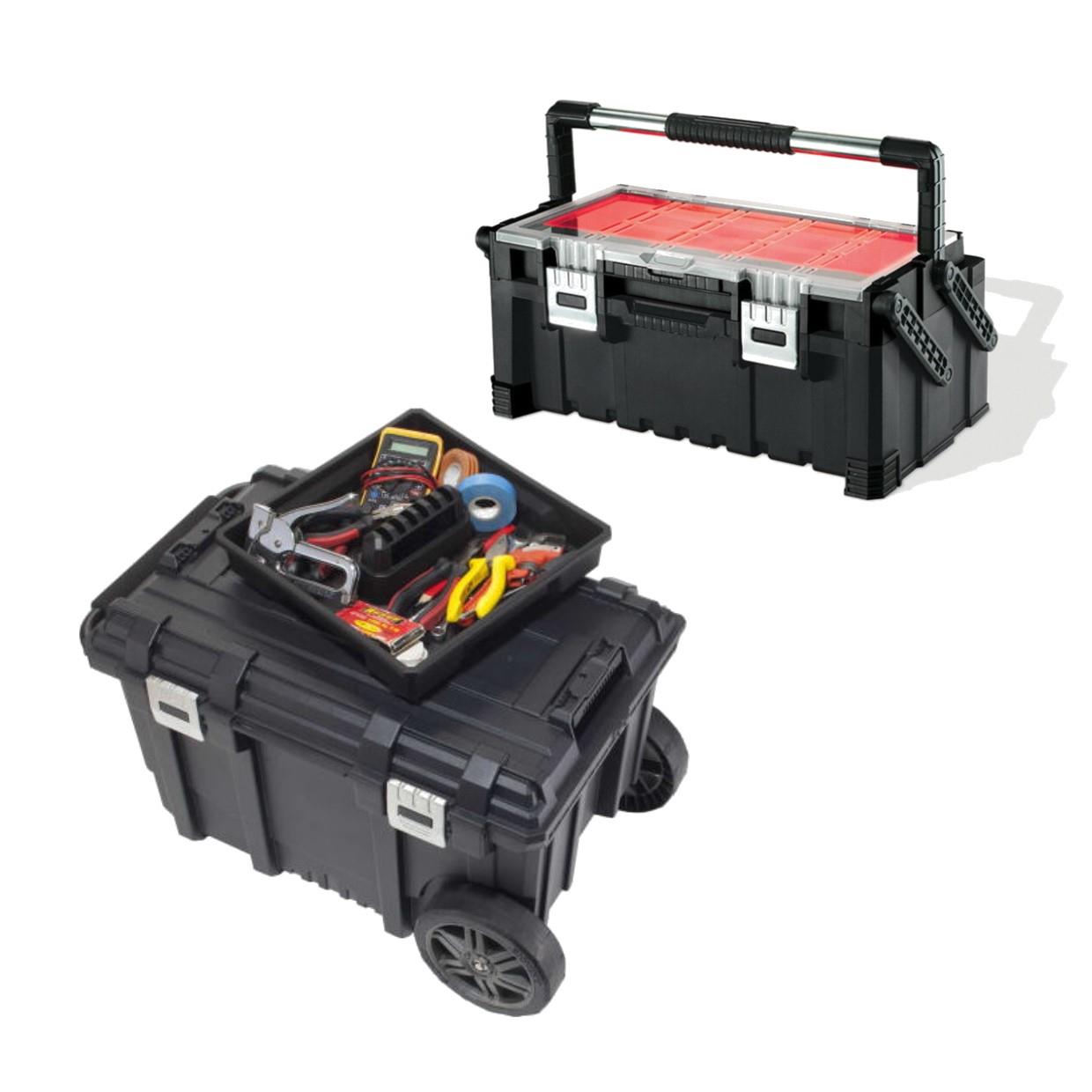 Please note images are for illustrative purposes only. Whilst we exercise every care to provide accurate images, they may not show the exact variation listed below.

Wheeled job box & cantilever tool box set which consist of one of each of the following:

The Keter Pro Series 15 Gallon Job Box is perfect for professionals who require a mobile cart to help them move from one job to another with ease.

7in rubber wheels will cope with uneven or rough terrain, while a large retractable metal handle with a soft grip makes it easy to manoeuvre.

The box is secured by durable metal latches and includes a rubber seal to prevent water and dirt ingress.

Additionally a cable channel is included to allow plugged-in tools to be stored inside the case when not in use.

You can haggle for a volume discount (enter your required number of items), you can tell us you found this item cheaper somewhere else (enter the web address), or you can simply 'make us an offer!' Don't forget to enter your details so we can respond to your haggle.

There are currently no reviews of this product, why not be the first to write one?

Please note that all reviews are moderated before publishing.